Sitting Together, Having Enough
November 2019

You Have Enough: Algorithms, Torah, and Scarcity
November 2017

When the Desert Sings: Bamidbar
May 2017

Jews and Muslims: One Family (at the Pacifica Institute)
March 2017

other selected FB Live videos:
Proximity is Power | When a Torah Falls
What Do We Do Now? | Two Songs
Four years After Sandy Hook | Binding ourselves to our future

A (YouTube) Book Talk on Dara Horn's "A Guide for the Perplexed" -- Join Rabbi Creditor as he leads a discussion about this amazing book, inspired by the biblical Joseph narrative and interspersed with episodes from the lives of Solomon Schechter and Maimonides, touching upon profound questions about family, memory, technology, and much more. -- http://www.youtube.com/watch?v=Ul2bHkWOM9A

Ask the Rabbi with Rabbi Menachem Creditor: Hunting, Kashrut, Conversion and Circumcision (Nov. 2013) this presentation was originally part of "A Guide to Judaism: A Class for All Considering Conversion" https://soundcloud.com/rabbicreditor/asktherabbi01

A Discussion of Nathan Englander's "Sister Cities" (March 2013) This story from Englander's "What We Talk About When We Talk About Anne Frank" is so hard, so painful, and so accurate. Can this new Jewish sacred story point to a world where neighbors, sisters, trees, and land can be shared without hurt? We're pleased to offer this online way for you to join this emotional conversation based at Congregation Netivot Shalom in Berkeley. (In conjunction with JewishLearningWorks' One Bay, One Book.) -- https://soundcloud.com/rabbicreditor/a-discussion-of-nathan


Cremation and Jewish Tradition (Feb. 2013) What is the status of cremation in Jewish tradition? What is a rabbi's role & a community's responsibility when cremation happens in a Jewish community? What significance does the Holocaust have in the question? Is Jewish Law absolute? Does compassion make saying "no" impossible to hard emotional questions? -- https://soundcloud.com/rabbicreditor/cremationandjewishtradition

No Graven Images! (Fall 2012) Rabbi Creditor serves as visiting preacher at the Berkeley Church Without Walls and teaches about the 2nd commandment of the "Big Ten." - audio

The Case for Commandedness: "Religious Language for non-Conformists" (January 29, 2012) - For some, the source of religious authority is a God whose words and Will are known. For others, religious authority is irrelevant to their lives, based on many factors. But Jewish tradition offers, through so much of its texture, the possibility of an intensified experience of the world. Imagine a relationship of obligation that frees you and those you love as it guides, and jump into this exciting exploration and discussion! - audio, handout

Exile as a Metaphysical Reality (March 24, 2011) - Since Abraham, we have been 'outsiders looking in.' Although many of us see Israel as 'home', most of us don't live there. But 'exile' can mean much more than just living in the Diaspora. What is home? Where are the margins? Is an exilic life inescapable? Is it a blessing? - audio, handout

The Necessity of Windows (Oct. 25, 2009) - The portrayal of Jewish tradition as a self-contained system freezes a naturally evolving civilization into a limited legal tradition based on one moment in its history. This reduction of tradition not only translates inherited tradition into the realm of "untouchability", but it also rejects the validity and holiness of the outside world. Join this conversation with Rabbi Creditor, discussing a Judaism most authentically practiced when its religious leadership, in a process of healthy assimilation, combines the best of the inside with the best of the outside. - handout

Revelation of a Sacred Embrace (Nov. 9, 2008) - The embrace of humanity is surely a Jewish imperative, but not to be misconstrued as conferring Jewish identity. I embrace the other as a fellow Divine Image and accept the ideas of the other as potentially equally valid paths to God. But the other is not me. And cherishing those who observe differently, think differently, and talk differently, is neither more nor less holy than discovering how I am called to observe, think, and talk. Participate in this conversation on pluralism, Judaism, and holiness where Rabbi Creditor shared his recently published article in Conservative Judaism entitled "The Sacred Embrace." - audio, handout

High Holidays Lecture: Jewish Days of Judgment and Purpose (September 2011) This shiur/class is an emotional glimpse into the themes and flow of Elul, Rosh HaShannah and Yom Kippur. -- audio, handout

Three Prayers for This Strangest of New Years 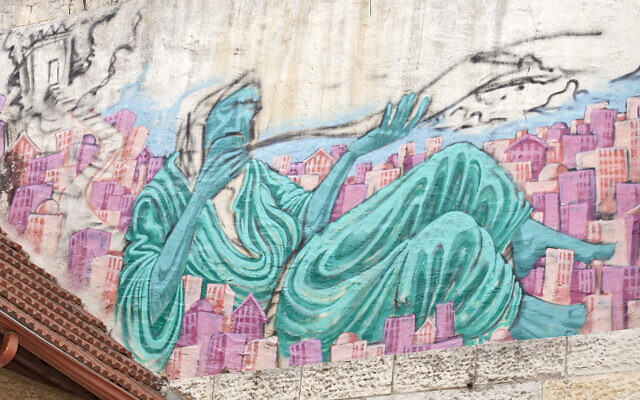