How Much Light? A Channukah Meditation 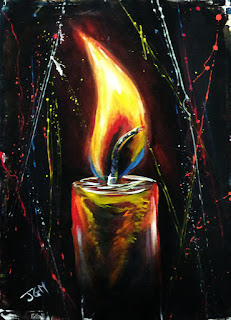 How Much Light?
A Channukah Meditation
© Rabbi Menachem Creditor
"תָּנוּ רַבָּנַן: מִצְוַת חֲנוּכָּה, נֵר אִישׁ וּבֵיתוֹ. וְהַמְהַדְּרִין, נֵר לְכׇל אֶחָד וְאֶחָד. וְהַמְהַדְּרִין מִן הַמְהַדְּרִין, בֵּית שַׁמַּאי אוֹמְרִים: יוֹם רִאשׁוֹן מַדְלִיק שְׁמֹנָה, מִכָּאן וְאֵילָךְ פּוֹחֵת וְהוֹלֵךְ. וּבֵית הִלֵּל אוֹמְרִים: יוֹם רִאשׁוֹן מַדְלִיק אַחַת, מִכָּאן וְאֵילָךְ מוֹסִיף וְהוֹלֵךְ. …"
"The Sages taught: The basic mitzvah of Channukah is each day to have one light kindled per household. And the "mehadrin" (beautifiers of tradition) kindle a light for each and every one in the household. And the "mehadrin min hamehadrin" (extreme beautifiers) adjust the number of lights daily. Beit Shammai and Beit Hillel disagree as to the nature of that adjustment: Beit Shammai begins with eight lights and decreases each night. Beit Hillel begins with one light and adds one each night…" (TB Shabbat 21b) Perhaps we aren't so different from our early teachers as we might have thought, neither in the questions we ask nor in the responses we generate. How much light is sufficient? One light that can pierce the darkness. But the world deserves more than the minimum. Every person contains light within themselves, and sharing it is beautiful. But really, it's even better than that. Some of us feel inner illumination from the start, and some build our way into that inner light. Some of us feel just a small inner space where the light lives and release more and more of it each day. Because we all do our work in the world, there's abundance in the beginning and there's abundance in the end. You are bathed in light. We are enough for this world. There is beauty ahead. ___ art: A Candle Light, Jonathan Manning fineartamerica.com/featured/a-candle-light-jonathan-manning.html
at November 29, 2021

Thanksgiving and the Dust of Humanity: A Jewish Lens on an American Holy Day This program was originally hosted by MyJewishLearning.com​ in November 2020.

More clever than it sounds. Worth the watch. "Republican or Not" - #SNL

Celebrating A Year of Torah! (video)

Join the celebration of A Year of Torah Tonight!!!!

Join the celebration of A Year of Torah Tonight!!!!
RSVP here: ujafedny.org/event/view/celebrating-a-year-of-torah
#ayearofTorah 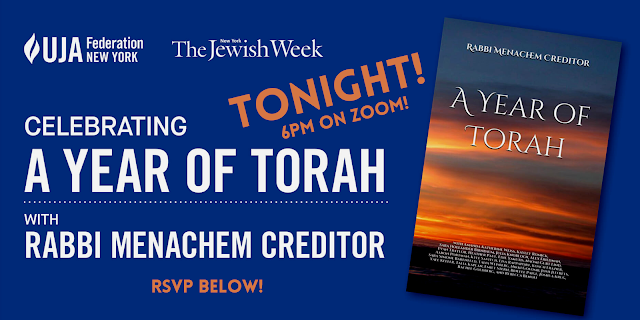 This is my grandfather, my Sabbah Tzvi, Henry Creditor z”l 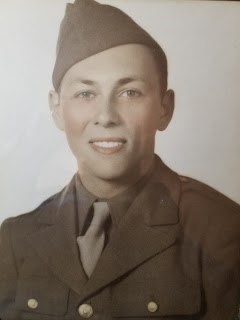 This is my grandfather, my Sabbah Tzvi, Henry Creditor z”l, wearing an Eisenhauer jacket sometime in 1943.Drafted in ‘43 to the US Army’s Tank Destroyer Battalion, he and my grandmother were married while he was on furlough from Fort Jackson, South Carolina. (My grandmother likely saved his life when she pressured him to request a transfer to the U.S. Army Corps of Engineers. His original unit was defeated at the Battle of the Bulge in Belgium.) His military career led him to Texas, then to California, where he was eventually deployed overseas to the Philippines in the beginning of 1945. He served in the Liberating Army of the Philippines and began training there for the invasion of Japan. On August 6, 1945, the American bomber Enola Gay dropped a five-ton bomb over the Japanese city of Hiroshima. For the next six months, my grandfather served in the Occupation Army in Japan, after which he was honorably discharged and returned home to New York in early 1946.I bless my Sabbah’s memory and am grateful for his model of service. I bless all our Veterans, and pray for peace, for a time when war is only a thing of the past.#VeteransDay
See less
at November 12, 2021 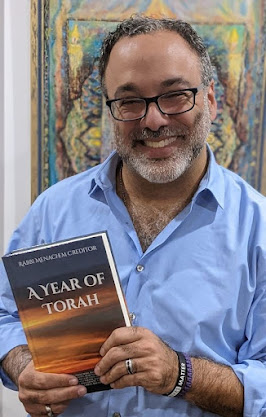