Mythic Method: A Rabbinic Comment on Doctor Who, Season 11 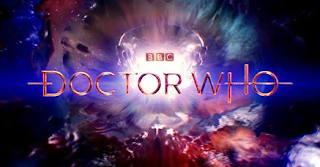 The 11th season of Dr. Who on BBC was a lesson in mythic method: Key elements of a journey are required for a myth to remain alive, and too much change not only disrupts the believability of a story, but threatens the integrity of the previous mythic chapters.

The problem with this season: A new face, a new gender, new companion(s), a new sonic screwdriver - each of these details would be a shock to a familiar friend, and together they were a lot to absorb. But, regarding the mythic strata of Dr. Who, a TV show that has often evoked the deepest depths and the highest heights of humanity's potential, those facets of the Doctor's fade in importance. The real issue is one of sacred storytelling. Stand-alone episodes, which defined Season 11, are not a narrative arc, regardless of the important specifics of each.

Rosa Parks deserved to be woven (and amplified!) into the Doctor's future (and our own) much more carefully, even if the episode was brilliant on its own.

Jodie Whitaker is a magnificent actor and a wonderful Doctor. But the plot she inhabited in Doctor Who Series 11 was largely unworthy of the preceding sacred story the new writers and directors inherited.

Said most simply: In order for the past to remain meaningful, it must be brought with nuance and regularity into the present. And that responsibility falls upon the mythmakers who shape the heartbeat of a universe worthy of a future.

Dr Who Fans are believers in kindness and love - and in second chances. So let's bless the writers and show runners that their next attempt at charting the course of the Time Lord from Gallifrey reflects everything her ancient soul has learned.
at December 13, 2018