Foreword by Rabbi Angela Buchdahl
Paperback: amazon.com/dp/B09R3B1SGS
On Saturday, January 15, 2022, a gunman held 4 members of Congregation Beth Israel in Colleyville, Texas hostage. Thanks to emergency training and brave action taken by their rabbi, they escaped with their lives. In the days following the attack, the wisdom and words of America's rabbis offered not answers but presence, not resolution but resilience. Yes, the Talmudic sages were correct: more recent troubles cause the earlier troubles to be forgotten. The horrific attack on Congregation Beth Israel in Colleyville, Texas made other woes somehow feel smaller. Not forgotten, but smaller. The entire Jewish world united in prayer in multi-thousand zoom-vigils that very long Saturday night. “Jewish Resistance” is both a multivocal commentary on Parashat Yitro (the Torah portion that followed the attack) and also an exquisite collection of modern sages making meaning of the imponderable.
at January 30, 2022

"Meanwhile," by Mac McAnally (for Rom)

Today's Morning Torah is dedicated in memory of the Capitol Police Officers who lost their lives from the January 6th insurrection.

Rabbinic Testimonies of January 6, 2021: A Horrific Day in American History

A Horrific Day in American History 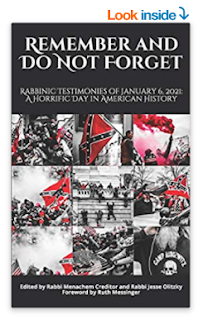 We will forever remember the events of January 6, 2021. We also understand that, just like Torah, there is power in collective memory. This is especially true considering that we may remember the events of this day differently, each of us reflecting on it using our own eyes, hearts – and our unique choices of words. Was the attack on the United States Capitol on January 6, 2021 a riot? A coup? Insurrection? Domestic terrorism? A protest? Words matter, and how we remember is shaped by the words we use. As the great essayist and thinker George Orwell once observed: “Political language is designed to make lies sound truthful and murder respectable, and to give an appearance of solidity to pure wind.” We have done our best to collect diverse rabbinic testimonies from an indescribable moment of American history with a commitment to remember and a promise to not forget. We will not be defined by the threats of white supremacists and the acts of domestic terrorists. But they undoubtedly shape us and shape our view of the world. We are not ignorant enough to think that bigotry did not exist before the Trump era nor would we be so foolish as to suggest that it will cease once that era is over. But we had thought that American society was in collective agreement that bigotry belonged in the sewers and gutters of society. But when the President amplified such bigotry in 240-characters at a time on his Twitter feed for four years straight, and worse yet, successfully used that bigotry to influence his supporters, he gave them permission to proudly and loudly -- and violently -- express such hateful bigotry for the world to see and incite violence. We are not ignorant enough to believe that Amalek has ceased to exist. But it is our deepest prayer that as long as we remember, as long as we continue to call out the events of this dark day for what they are, then the bigotry of Amalek will return to the sewers of society, where it belongs.
https://www.amazon.com/Remember-Do-Not-Forget-Testimonies/dp/B08STPFM83/
#January6th
at January 05, 2022 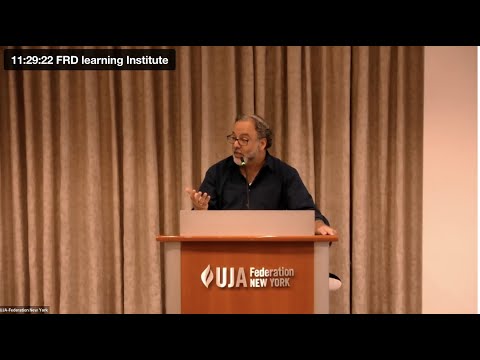