A word about the current ripples of Jewish trauma.

A word about the current ripples of Jewish trauma. It's as if normal conversation ended weeks ago. The Three Weeks and the Nine Days and all their mournful customs began early, and every day sort of feels like Tisha Be'Av, each moment full loss and unanswerable questions. Jews are deeply vulnerable and have always been, but suddenly the language of the siddur begins to feel more relevant, if unsettling. If only prayer could feel detached from reality once more, if only we could again be forced to endure boring conversation, if only we could reclaim our hearts and re-enter the sacred everyday. Please God, return to us the capacity to imagine beyond the right now into tomorrow.
at July 29, 2014

Why are there more Palestinian deaths than Israelis?

Someone I care deeply about just posed a question that might seem obvious to some, but requires response, over and over and over. Why are there more Palestinian deaths than Israelis? The "simple" answer is: Hamas used more than 800,000 tons of cement and steel to build terror tunnels into Israel instead of building shelters and hospitals and schools and housing for Palestinians. Hamas has tried to kill thousands of Israeli civilians, but Israel has dedicated itself to protecting its own population (Iron Dome, every building having, by building code, a bomb shelter). The disproportionate number of deaths in Gaza is based on its leadership valuing terror over life. I hate that this is true.
at July 29, 2014

in two weeks: "Overwhelmed by Argument: The Conversation I Want to Have Now" Convened by Josh Kornbluth

Overwhelmed by Argument:
The Conversation I Want to Have Now
Convened by Josh Kornbluth

Registration is required – please register
with Daniel at office@netivotshalom.org.

We care, and because we care, we despair. Will there be any outcome for Israelis and Palestinians, for Israel and Palestine, in which both Peoples are acknowledged and respected? Where one group's national aspirations are not deemed unworthy? This is the conversation Josh wants to have, the conversation we believe we need. We need is as Jews. We need it as people. We need it as one People among many Peoples. Will there ever be a solution? We don't know. We worry. Everyone suffers when some suffer. And so someone who cares is convening a loving, respectful conversation with a very clear mandate: More hope, More dignity, More love.

Here are the rules for the conversation Josh invites us to share:

The jumping-off-point for our conversations will be these two books:
My Promised Land, by Ari Shavit
The Crisis of Zionism, by Peter Beinart

we haven't YET lost hope

Do We Stand With Israel?

It's an interesting dilemma. Judaism is and has always been a dynamic blend of humanism and tribalism, a complicated and nuanced recipe of elements, alternatively (and sometimes simultaneously) affirming the universal and the particular.
How is this so? A few examples: 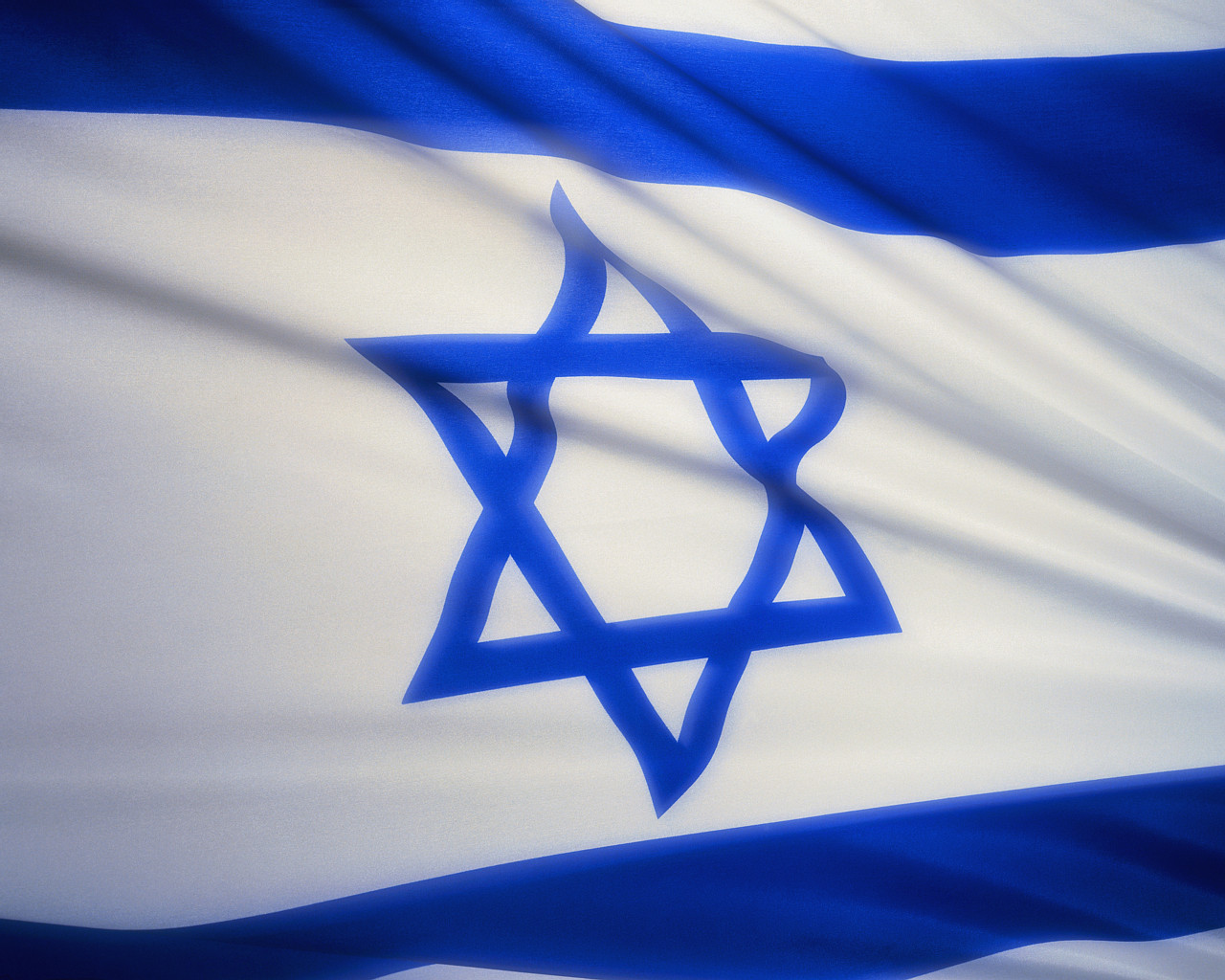 Below is a report of JNF's actions in the crisis. You can support JNF's important work online at www.jnf.org.


Responding to the needs of the people of Israel during Operation Protective Edge, JNF has taken immediate and decisive action since July 8.


·         JNF is delivering mobile bomb shelters to border communities in dire need of safe rooms. Many of these Negev communities are under construction, with families living in mobile homes while their permanent homes are being built. These mobile homes are without safe rooms, and the needs are growing as more communities come under fire.
·         JNF's partner Nefesh B'Nefesh is providing food to soldiers on the border and this week brought several hundred olim to Israel on a chartered flight. Hamas sends rockets; JNF sends people to build a nation.
·         JNF is providing fire trucks, equipment, and supplies to Israel's firefighters, who are the first responders to rocket attacks, and who are battling blazes across the country caused by rockets.
·         JNF's Secure Indoor Recreation Center in Sderot, the size of half a football field, is providing round-the-clock respite for families and children from throughout the area. JNF and the Mayor of Sderot have opened the facility to all who need it, and have made it a place to call home for a community without other options.
·         JNF's partners Green Horizons and Tnuat Tarbut are bringing entertainment to families and children in the Negev who cannot leave to go north. Green Horizons is also providing programming for Bedouin children in Segev Shalom, and soon in Hura and Rahat.
·         JNF's partner LOTEM is taking people with special needs from the south to safer and calmer places in the north.
·         JNF's partner Aleh Negev, a special needs village in the south that has been hit by multiple rockets, has brought in extra professionals to assist its residents with severe disabilities cope with the crisis and stay safe.
·         JNF's partner, the Society for Preservation of Israel Heritage Sites, is granting free admission to 60 heritage sites across Israel.

Additionally, JNF's Rabbis for Israel have mobilized:
• Four synagogues have committed to purchasing bomb shelters at $30K each,
• Five rabbis have joined Rabbis for Israel since the Emergency Campaign began,
• Dozens of congregations have begun JNF fundraising pages (JNF will help you do this),
• Rabbis across the country are making pulpit appeals for JNF,
• Many rabbis and congregants are now in Israel on JNF's Solidarity Mission, July 27 - 31.

Participants will meet Knesset Ministers, visit an Iron Dome battery, pack food and supplies for soldiers and deliver them to the front, pack food and supplies for firefighters and deliver them to Be'er Sheva, work with kids at the Sderot Indoor Recreation Center, meet with Nefesh B'Nefesh olim making aliyah in the midst of the crisis, meet with American high schoolers at JNF's Alexander Muss High School in Israel, and much more.
This is JNF in action. Please share with your congregants all that JNF is doing at this critical time. We hope you and your community will join our relief effort. If you would like pledge cards, a fundraising web page for your congregation, or to get involved in any other way, please email us at education@jnf.org.  #JNFalwayswithIsrael.

These are six must-read articles which prompt me to praise the courage of their authors, celebrate the vibrancy of Israel's democracy, and worry profoundly. (I disagree with aspects of each.)

(For my own recent writings on Israel, click here: http://rabbicreditor.blogspot.com/p/israel_23.html)

Friends, I'm working on a follow-up piece to "I'm Done Apologizing for Israel," incorporating some of the language and reactions. I've made the decision to not link the articles/blogposts being written at me (barely any are actually about what i actually write in my article), so as not to give voice or exposure to the hatred. I'd much rather amplify the pride the Jewish world should take in our commitment to retain our humanity and act with restraint despite this terror onslaught and PR war.

When the carnage is smoldering in the rear-view mirror, as it hopefully will be soon, we'll have to do some personal/communal accounting about what we've learned, who we mean to be as a people, how we lead ourselves forward, the language we allow our leaders to use when speaking about Palestinians, and more. That work is an always-task, including now, which is why I'm so amazed at the Israeli Press' dynamism, even in the midst of war.

The focus of Diaspora Jews in this moment must be on the immediate, on countering the horrible lies, and acknowledging (as I myself witnessed yesterday from the mouths of other speakers on KQED Forum) that for Hamas, the "occupation" they are looking to end is 1948, the State of Israel itself. We have much work ahead, but if we can take a small teaching from this week's Torah Portion: The Israelites continued their journey "B'Yad Ramah", with “a raised hand,” which I understand to mean that they emerged from terrible tribulation with their pride intact, with unity, and with human dignity.

May it be so today.

Just got back from a beautiful baby boy's beit din. We give no person the power to take away our holy moments, our rapturous joys. We are alive, we are here, we have beautiful work to do in the world as Jews. #life #blessing #jewishjoy
at July 25, 2014

Why do I Tremble?

Why Do I Tremble?
© Rabbi Menachem Creditor

Sitting here,
cup of coffee in trembling hand,
I reflect: Why do I tremble?
I'm not under threat, am I?

My brother, my sister,
my mother, my daughter, my son..
They'll be fine, won't they?

How I speak today
is only words,
isn't it?

An interview doesn't save anyone,
couldn't change anything..

My Times of Israel piece : "The End of Theory"