An invitation to rabbinic colleagues to join Rabbis Against Trump (this letter is intended only for rabbis - if you have one in your life, please share it with them)

Dear Rabbi Colleagues (this letter is intended only for rabbis - if you have one in your life, please share it with them), 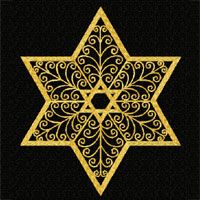 I'm honored to have been an original signatory to the Rabbinic letter organizing & supporting Rabbis Against Trump, and I invite you to add your name and spirit to the work.  The purpose of Rabbis Against Trump is to raise an ethical Jewish opposition to the Trump campaign -- and the possibility of a Trump Presidency -- in a clear, courageous, and unequivocal voice.

We hope that when this frightening chapter in our country's political history is over, people will say that people of conscience from a wide range of communities led the fight to reject this hate-filled campaign -- and that the Jewish community made a noticeable contribution to that effort.

We plan to take action in the following ways:
I invite you to join this important group of Rabbinic leaders. Here is the link to the letter:  http://bit.ly/1UnfU5y Here is the form for signing up: http://jewishaction.us/rabbisagainsttrump.

A Special Message from Rabbi Creditor: Purim and Politics

A Special Message from Rabbi Creditor:
Purim and Politics

There is much swirling in our world. Always has been, likely always will be. And, tonight being the beginning of Purim, I thought it wise to share a brief thought about how we Jewishly swirl within a shaky world, especially today.

A deep lesson from Purim is captured in the phrase "Nafoch Hu," or "it was turned upside down" (Megillat Esther, 9:1). Obviously, the original reference was to Haman's (booo!!!!) plot being flipped into a moment of Jewish triumph, thanks to the heroism of Esther and Mordechai.

This reversal of fortunes should bring us the delight of children and costumes,hamentaschen (thank you to Carly for making a list minute run to pick them up from Grand Bakery today!) and libations (#PleasePurimResponsibly).

It should also give us great pause, because it plays a primitive game of absolutes, where absolutes collide, and only the obviously just cause prevails. That isn't reality - it's a comic book. (Not a very good comic book, actually. Much has been written about the complicated heroes who populate modern mythic stories.)

So. What do we do when our political reality begins to resemble poorly conceived comic books, when shouting tyrants dominate public spheres, fomenting violence, bigotry, misogyny, and hate? We are Jews. We look to our texts, to our interpretations, to our tradition, to God, and to the world around us. And, as a modern Jewish community determined to learn as much from our neighbors as we do from our own tradition, we ache. We learn. We listen. We act.

I'd like to not give the ascent of Donald Trump in American politics any more ink or time or energy. But, as Rabbi Sharon Cohen-Anisfeld, Dean of the Rabbinical School at Hebrew College, taught us so powerfully this last Shabbat at Netivot Shalom, the Megillah calls us to attention: "[Mordechai said to his fearful niece Esther, as she doubted her power to achieve deliverance for her community,] 'Who knows if it was because of this very moment that you achieved your position?' (Esther, 4:14)" We dare not remain silent when we have air and voice enough to speak and act.

We know the end of the Megillah's story, because we sing it every Saturday Night together: "For the Jews there was light, joy, gladness, and preciousness (Esther, 8:16).

But, my precious community, that isn't a sure bet, nor is it good enough. What happens to an American Muslim because of the hatred that is permeating so many American voters' hearts happens to us. Aleinu, It is upon us. When violence happens to a Mexican living in America because of the xenophobia being promoted by a leading presidential candidate, Aleinu, it is upon us.

And when that hatred is granted a Jewish space, all the more so. Aleinu, it is truly upon us. I have written and spoken many times during the last few days about what I believe we are called to do in this moment, where the danger and violence Purim portrays feels too close to home here in the United States.

I share here several places I've articulated my thinking,and ask you to join me in thinking about our obligation as Jews in the world to hear what Esther heard, to stand up as Esther did, and to do so for every vulnerable part our society.

Now is No Time for Neutrality: We Must Stop Trump Before It's Too Late
Huffington Post Politics (March 14, 2016)

Opposing Trump at AIPAC Is No Partisan Stance - It's Jewish and All-American Patriotism
The Jewish Daily Forward (March 21, 2016)

I pray we have learned the costs of hatred, of seeking only "our tribe's" welfare. We are a Jewish American faith community, proud to be both, obligated by the best within each.

May the light and joy of Purim touch every soul in our nation. May tonight be a beautiful experience here at shul.

OVER THE PAST COUPLE OF YEARS, I HAVE HAD THE GREAT HONOR TO BE INVITED, ALONG WITH OTHER ACTIVISTS, TO THE WHITE HOUSE. AND BOTH TIMES, AS I ENTERED THE GATES, I FELT LIKE MY ANCESTORS WERE WATCHING ME, CRYING FROM HEAVEN THAT A CHILD OF THEIRS WOULD BE INVITED TO SUCH A PLACE OF POWER.

TODAY, AS WE PREPARE TO GO TO CAPITOL HILL, ONCE AGAIN I SENSE MY ANCESTORS WATCHING ME. BUT THIS TIME THEIR TEARS ARE SHED OUT OF DEEP WORRY, BECAUSE THE STABILITY AND STEADINESS OF OUR COUNTRY FEELS SO TENUOUS ---BECAUSE IN TOO MANY PLACES IN AMERICA TODAY, WE GREET ONE ANOTHER WITH SUSPICION - OR WORSE.

WE HAVE STOPPED LISTENING TO ONE ANOTHER.

WE HAVE FORGOTTEN HOW TO RESPECT EACH OTHER WHEN WE DISAGREE.

FRIENDS, YOU AND I KNOW THAT THE PRO-ISRAEL COMMUNITY CANNOT AND MUST NOT EMBRACE THE POLITICS OF HATE, OF DIVISION AND DISTRUST, OF PARTISANSHIP AND POLARIZATION--- NOT NOW. NOT EVER.

JEWISH HISTORY TELLS US THAT HATRED IS WHAT TORE OUR HOME APART 2,000 YEARS AGO. AND TODAY, WE OWE OUR WORLD MUCH BETTER THAN THAT.

HAVE WE LEARNED THE PAINFUL LESSONS OF OUR OWN HISTORY, OR HAVE WE FORGOTTEN THE COMMUNAL COST OF HATE?

WE COME FROM SO MANY DIFFERENT BACKGROUNDS, AND THAT SHOULD BE THE BEAUTY AND STRENGTH OF OUR MOVEMENT.

WE ALL – PROGRESSIVES AND CONSERVATIVES -  ARE FUELED BY OUR PASSION TO KEEP THE ALLIANCE BETWEEN AMERICA AND ISRAEL ROCK SOLID.

WHEN THERE IS SO MUCH PASSION, WE MUST MAKE SURE THAT WE TRANSCEND PARTY POLITICS, AND ACKNOWLEDGE THE WORTH OF THOSE WITH WHOM WE DISAGREE SO THAT WE CAN  COMMIT TO ADDRESSING THE ISSUES THAT MATTER MOST TO ISRAEL’S FUTURE STRENGTH AND SURVIVAL.

FRIENDS, THE ONLY WAY TO KEEP ISRAEL STRONG AND TO BUILD A BELOVED COMMUNITY HERE IN THE UNITED STATES IS TO REGARD THE MULTIPLICITY OF VOICES WITHIN OUR COMMUNITY AND OUR NATION AS SACRED.

AND SO AS WE MEET WITH OUR LEADERS TODAY TO TALK ABOUT WAYS TO WORK TOGETHER TO MAKE AMERICA AND ISRAEL STRONGER AND SAFEER, LET US BE MINDFUL OF THE VERY REAL RESPONSIBILITY WE CARRY.

MAY WE LEAD BY EXAMPLE – AN EXAMPLE THAT ALL OUR ANCESTORS WOULD BE PROUD OF. 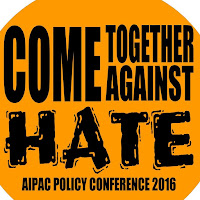 Now is No Time for Neutrality: Stop Trump Before It's Too Late

Now is No Time for Neutrality: Stop Trump Before It's Too Late
Rabbi Menachem Creditor
rabbicreditor.blogspot.com/2016/03/now-is-no-time-for-neutrality-stop.html 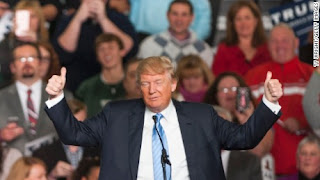 It's hard, because I truly believe that there are multiple truths in the world, because I acknowledge that my politics can be wrong, because I know that I only know what I know. But I don't believe we have a choice at this moment in the theater of American politics. I believe we are in serious danger as a society.

Here's what I've decided, based on the very real likelihood of Trump's nomination:

First of all, yes, if he wins the GOP nomination, Democrats, Independents, and Open-minded Republicans will have a unifying rallying call. The reverberations of his rise to power will fuel the kind of politics I support for years to come. But the cost is too high. I'd rather Hillary (fine, friends, or Bernie. You likely know I'm a Bernie-tinged American Rabbi who supports Hillary Clinton) face a GOP politician than a terrifying hate-clown.

Secondly, as the great Rabbi Abraham Joshua Heschel famously wrote in his seminal anti-Vietnam War essay, there is "no time for neutrality." I feel haunting echoes of Philip Roth's marginally fictionalized The Plot Against America happening in real life. And there is no sideline safe enough for my family - or for yours - to stand on and wait for this to blow over. Donald J. Trump is (or, more gently stated, represents) an American nightmare.

There's so much more to say, but it's being said. By people with the resources and platforms to spread this warning everywhere. Here are four, to whom (and to whose staffs) we owe a great deal of thanks:
I am scared. We all should be, not just here in America, but all around the world, where American can be (and must become and must remain) a source of light and good.

Too much is on the line for us to allow hate this global platform.