Rabbi Gary S. Creditor: "Then Tell Me You Don’t Want to Check Who is Buying the Gun"

"Then Tell Me You Don’t Want to Check
Who is Buying the Gun"
Reflections Upon Attending
the CNN #GunViolence Town Hall Meeting
with President Obama
January 7th, 2016
Rabbi Gary S. Creditor
Richmond, Virginia 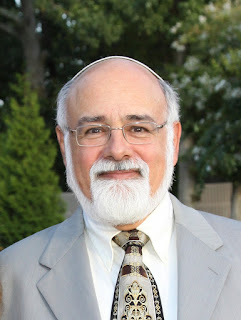 December 22, 2011 was a day that changed my life forever. That day I buried a woman who was shot to death by a handgun while on her way to work as a nurse at a hospital after she had visited the grave of her son who had also been shot to death by a handgun. Neither murder has ever been solved. I had always paid at least “lip-service” to the issue of handgun violence. I signed the petitions. I made sermons reflecting on my experience of the deaths of JFK, RFK and MLK. I remember growing up with cap pistols and an air rifle. We would play and say “bang, bank your dead” and have absolutely no idea of what we had just said. We didn’t know the reality of death.  That day changed everything.

I can honestly say that I am scared of guns. I never served in the military, due to the lottery system, and so have neither exposure nor experience. I have touched rifles twice and was trembling both times.

But I tremble even more so every time I open up the newspaper or hear on the television or radio of another death due to handgun violence. Perhaps I am somewhat inured to the pain of mass killings because I can’t even recount them one by one anymore since there are so many and they don’t seem to ever stop. My mind can’t take the pain of visualizing a gun going off, a bullet flying through the air, the rearing of flesh and bone and spraying of blood and the absent look upon the victim as he or she dies. Especially of young people, especially of children.  As a Rabbi I have buried children who died from disease. That was hard enough, so sooth bereft parents, staunch grandparents’ tears, hold a community shaken by the loss of child. I have done it more than once. But what do you say when a young teenager sitting in a car is murdered? And I don’t mince words. I don’t use euphamisms. I say it straight. He was shot to death by a handgun. He was murdered. He died. I had to answer the unanswerable questions from girlfriends of the daughter whose mother was shot to death as she drove in a car: Why? How does this happen? They had been sheltered. Maybe they didn’t read newspapers. Maybe they didn’t pay attention because it was happening in some other segment of society than their own. Now their innocence was stripped away and in their pain they came to me and asked: “How I can I believe in God when this happens to such a good person, an esteemed and beloved nurse, an adored wife and mother, and kind and gentle soul?” I trembled in trying to articulate a suitable answer while literally on one foot. I then had to write a sermon in the quietude of my office to search inside my heart to find what to say to them. To my community. To myself.

If this death could have been prevented, wouldn’t it have been worth it, to just check on who was buying this gun? Wasn’t the pain and agony of her husband, her daughter, her parents, her–in-laws, and her communities’ deepest grief worth making sure that this gun wasn’t getting into wrong hands? Who can be so cruel, who can be so hard hearted, who can be so callous to deny this claim? To oppose back-ground checks that could possible prevent such tragedies, such catastrophes, such calamities, such pain and agony?


Get out of Washington!
Get out of your offices!
Come with me into the trenches of humanity.
Come and feel the pain that courses through your body so you feel hollow even as your eyes erupt in the tears that drains your body of its moisture.
I dare you to stand where I have stood!

I want leadership that reflects President Kennedy’s book “Profiles I Courage,” men and women who know right from wrong and are willing to sacrifice prestige and privilege, position and power to do what is right. What is more important in the world? Be worthy of title Senator, of Representative. Know that you are standing before something more important than getting reelected. You are standing before something more powerful than the NRA.

You are standing before God, who, in sacred scripture said to Cain: "The bloods of your brother cry out to Me from the earth!" In the original Hebrew text the word for ‘blood’ is in the plural. Perhaps it indicates that not just the murdered person is dead. The future of this person is dead too. There is a dead spot in each family member’s heart.  Something dies inside each and every one of us. And society has died a little too. I talk about only one family. Multiply this by the count of each day, each month, each year, each decade.

Before you go to sleep, look at your children, look at your spouse, if you are older, look at a picture of your grandchildren or of nieces and nephews. Think of them shot and bleeding, dead in the morgue, lying in an empty coffin. Interred in the cold earth.