NewVoices.org: "Hanging by a Thread: Conversion Corruption in Israel"

NewVoices.org: "Hanging by a Thread: Conversion Corruption in Israel"

Beginning in 2006, I began the process of converting to Judaism – orthodox style. I came from a mixed family (and my Mom eveven converted via Conservative Judaism!), and for me it was probably inevitable after so many years of searching out the Jews. I lived in a pretty goyische town and grew up with little religious content. Even though I was converting just when the environment was becoming politically hotter, I still gave the benefit of the doubt to the Rabbis around me. My Mom had had a Conservative conversion, yet they still felt I should go through it.

They had a lot of views and policies I was not totally secure about, but I was in no position to ask more than just simple questions. "They know better than me," I told myself, "and if they say I need to convert for myself, I am not about to start questioning their authoritativeness just because it is inconvenient." Some day, I thought, I might differ in my opinion to the ones that the rabbis of our day are expressing, "but for now," the thinking went, I will go with the flow.

That was then, this is now. By the end of 2007, as soon as my personal Rabbi told me I was ready, I began to push anyone else involved – particularly members of the Beit Din. I have followed the issue solidly ever since.

I am starting to get more and more cynical about conversion today, or at least being more outward about it. The problem still lies in the fact policy is the concern of people in charge of conversion, not halachah. So, it's empowering people who are essentially inventing new rules. It's turning people away just reading about it, almost as if these new rules are being designed as a new tool to push people from converting (the whole turn-away-3-times thing).

The idea that someone actually needs to be pushed away is remarkable. If someone were only pushed away twice when he first asked a Rabbi about it, his conversion is not going to be overturned – it can't be. Why? Because this is not an essential part of the conversion process. The only essentials are a brit mila (if a guy) and dunking in the mikvah. Beyond that, it gets more complicated, but those are the essentials. There are a number of reasons to turn people away from converting, but actually trying to prevent their inevitable conversion is a stark perversion of this policy. It is the natural evolution of misunderstanding. Turning people away is doctrine to most people, even Reform and Conservative Jews. This is an absurd development.

We have control over what is an ancient act of policy – turning people away – that is, what is not a halachic precedent. There is no need to employ a deterrence system unless we think we need one. We are not obligated to it. Some say we have to prevent people who will not observe Jewish law from entering the community and diluting the seriousness of its members. This is a legitimate concern. But that is not what is driving these policies today. It is not even the emergent "doctrine" of turning away that I mentioned before. It is policy and politics. But the more people actually believe it is required of us to deter people from Judaism, the more difficult it will be for us to accept new members. All the more dangerous, we are scaring away people who have already converted, creating the most serious spiritual crisis Judaism has had since the European Enlightenment.

It is obvious Israel needs a coherent conversion policy. It is also obvious to population planners and policymakers that Israel's Russian, Ethiopian and American communities need to have the option open to its members. Conversion allows people to be more mobile in Jewish society and opens doors to integration with people they'd otherwise be unable to marry (both observant and traditional Jews unwilling to cross this Jewish-legal boundary).

From the perspective of making policy for the religious community itself, considering the spiritual ramifications, we are watching the disintegration of the Jewish legal imperative to "respect the convert." Even more frightening, this is one of the many social flaws that God, via Moses, warns us to avoid to the utmost in the Torah. The consequences of abusing converts, immigrants, widows and orphans are dire and impact the entire Jewish people.

A secular person, whether he is a believer or a traditionalist, needs to understand the gravity that it has, that Jewish religious leaders are ignoring these legal and moral principles. It is a fundamental corruption of Judaism. This marks a crisis in leadership.

There are plenty of Rabbis, both young and elite, that oppose the policies I am tearing apart right now. But, their voices are pretty lame. They are not taking the gloves off and especially not accusing the powers that be of the things that I am. Without a fiercer bite, nothing will change and new Jewish leadership will not emerge. A Rabbinical figure that has the guts to both organize a coherent opposition and articulate could save Jews the world over further embarrassment and division. In so doing, he would rescue Jews from the spiritual ramifications of this conversion crisis. And all the more likely, he would not only reverse the trend of people running away from Judaism, but cause a reverse movement of people flocking toward Jewish observance.

Tisha Be'Av: Seeing/Hearing Each Other and Restoring Our Home 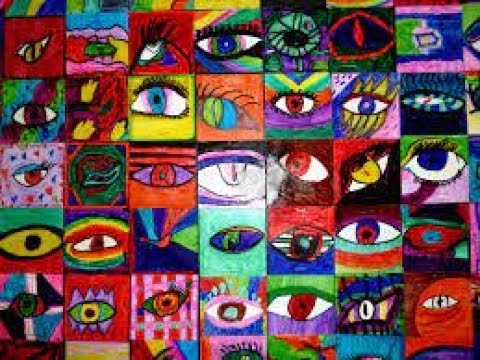