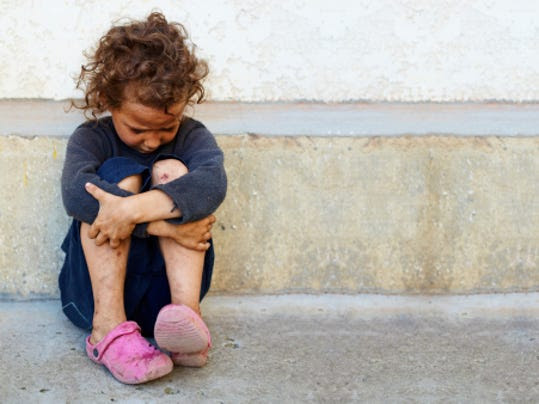 Here are two related statistics, both of which may surprise you:

• More than 1.2 billion people around the world live in extreme poverty.

• Every year, poor countries lose more money to tax avoidance than they receive in aid.

Here is something that should shock a citizen of the United States just as much: Current U.S. law enables this economic inequality.

I recently returned from Washington, D.C., where I joined the interfaith, bipartisan anti-poverty group Jubilee USA and other faith leaders and small-business owners from across the country to encourage our elected officials to reform the tax system and protect the most vulnerable among us. Perhaps what surprised me most was that even legislative allies in the efforts to repair the fabric of our nation's economic inequality feel immobilized by the enormity of the task. To the paralysis, often experienced when confronted with big problems, I offer this faith response, culled from centuries of Jewish tradition: Ours is not to complete the task, but neither are we exempt from starting the work today.

I expressed to our elected representatives that whatever they think about taxes, we should have a tax system in which everybody pays their fair share. To me, this is one of those issues where Republicans and Democrats can — and must — agree. It makes no sense to have legal loopholes that allow big companies to avoid their share of taxes and then pass the burden on through reduced services and increased taxation for the rest of us.

In the United States, tax haven loopholes cost an estimated $90 billion in lost revenue each year. This is an enormous problem with enormous consequences, experienced in every strata of our nation. In the developing world, the problem is even bigger. During my trip to Washington, for instance, I learned that for every $10 poor countries receive in aid, they lose $15 because of large companies not paying their taxes. We heard the story of a woman in Zambia, who works 15 hours a day for $4, but who regularly pays a higher percentage in taxes than the enormous European-owned sugar company operating in her town. That company uses a web of "shell companies" and tax havens to avoid paying taxes. That means reduced funding for health services for the people of Zambia. These travesties, what my faith would call sin, is that all of this is legal. An even greater sin would be our silence as citizens.

While in D.C., I learned that every month, in that same town, two children die of preventable malnutrition. The prophets of the Hebrew Bible would be standing on street corners, crying out in rage, calling out in the name of God for the most vulnerable in our society to be lifted up. It isn't only a religious obligation to care for our sisters and brothers by legislating societal responsibility into the tax code — it is common decency.

As a person of faith and a concerned citizen, our current situation deeply saddens me, and moves me to action. We need to pass laws that make it harder for companies to use tax havens and harder for both tax avoiders and criminals to hide their activities through the use of anonymous shell companies. Not only will this save U.S. taxpayers money, it will help eradicate poverty in desperately poor communities and give law enforcement the tools it needs to catch criminals — including terrorists and drug dealers.

I pray my representatives take my words to heart. If they do, they'll soon have a chance to prove it. Congress is considering whether to renew two offshore tax breaks. If Congress simply does nothing, these harmful loopholes will be gone from the tax code and we'll all be better off. Perhaps even the pattern of inaction in the halls of Congress can be redemptive in this way.

Unfortunately, I know our representatives hear from an army of lobbyists working to defend the interests of powerful clients. But it's not too late for our officials to do the right thing. We must be an army of angels calling out for the most vulnerable in our country. There is no other just way forward.

Rabbi Menachem Creditor is the spiritual leader of Congregation Netivot Shalom in Berkeley, Calif., an executive council member of the international Rabbinical Assembly, and editor of "Peace in Our Cities." This op-ed was provided by American Forum.

No more destruction. No more hate. It's time to love each other.