My OpEd in the Jerusalem Post: Healing our abused Jewish Soul 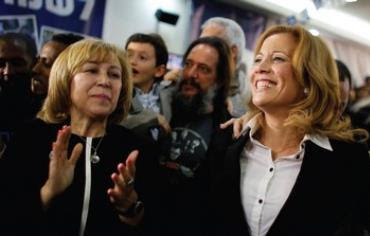 It is time for Masorti Judaism to fight for the Jewish dignity denied to us since the inception of the State of Israel.

The time has come for the Jewish People to have a more honest conversation with our sisters and brothers in Israel about what’s going wrong with Judaism in Israel. We can begin any number of ways, but let’s commit to one thing in advance: unconditionally loving each other the whole, painful time. That’s how I pray we’ll take a step forward as a world-wide Jewish family despite the challenges ahead.

I write these words today, having reached a painful tipping point in my own journey as a Zionist, as a rabbi and as a Jew. Just a few weeks ago I witnessed MK Aliza Lavie (from Yesh Atid), who believed she was speaking in solidarity with a gathering of Conservative/ Masorti rabbis in America, but instead deeply insulted our religious convictions by suggesting that her proposed legislation in the Knesset (co-sponsored by MK Ruth Calderon) to introduce “civil partnerships” would be the appropriate path forward for non-Orthodox Jewish streams, as the term “marriage” has religious connotations. In defense of this stance, she said, “things move slowly there. I can’t break relations with Israel’s rabbinate. It’s very complicated.”

On the one hand, I acknowledge her sincere efforts to do something in the face of the ultra-Orthodox monopoly on Jewish ritual and identity in Israel. On the other hand, her suggestion that the term “marriage” is off limits for Conservative rabbis because of its religious connotations convinced me that it is time to stop being as gentle and polite as we’ve tried to be when dealing with what author Susan Scott calls “fierce conversations.”

It is time for Masorti Judaism to fight for the Jewish dignity denied to us since the inception of the State of Israel.

Here in the United States, and around the world, we fight every geopolitical battle together, lobby to protect Israel, teach the beauties of Zionism to our children, lead trips to Israel and more. But, in return, we are told our Judaism isn’t Judaism, our rabbis and communities remain unfunded by the Israel government, and generations of Jews – Israeli and American – are rejecting the coercive and narrow ultra-Orthodox model perpetuated by the Israeli political establishment. Masorti Jews around the world stand together with Israel in good and bad, in challenges, in grief and joy, and the State of Israel must in turn stand with us. Support cannot and should not be a one-way street.

To those who believe an American Jew has no place criticizing Israel, I say the following: Either we’re family and Israel is our home, or we aren’t and it’s not. I have stood on the front lines on campus and at city hall fighting for Israel against existential delegitimization and BDS. My family members are proud to call Tel Aviv and Jerusalem home. But perhaps my best credential is that I am a Jewish Zionist living in Berkeley, California. Simply said: those who would deny my heart’s commitment to my homeland don’t know me. We are family, and I am like a child who has witnessed and endured an abusive parent, and who is called to respond and to protect our family against its own internal wrongness.

I believe that our family’s Jewishness is in terrible danger. I am deeply worried about the soul of the State of Israel. I am one of many proud Masorti rabbis who endures humiliation at the hands of a fundamentalist Israel Chief Rabbinate. It isn’t only because I’m a rabbi that I feel this way. I can’t count the number of ex-pat Israelis living in my community (and Israelis in Israel) who are hateful of any form of Judaism because of the harshness of the rabbinate’s system. The rich Jewishness of the State of Israel is at stake, and its definition remains entrusted to a fringe element from within our people’s rich and varied tradition.

So when MK Lavie said “I can’t break relations with Israel’s rabbinate,” something in me snapped. I won’t slow down my work with leaders of Congress on behalf of Israel. I won’t give less of my means and heart to Israel. But I am going to get louder for the sake of our family’s soul. I will help mobilize American Jews to leverage our influence to achieve Jewish pluralism in Israel. I will amplify the work of Jewish Pluralism Watch (#jpwatch), which monitors each of the 120 Knesset members, their statements and votes as they relate to Jewish pluralism in Israel. Sixty-four percent of Israel’s population identifies as not religious, over 250,000 Israelis identify as Masorti, and in America, Israel’s ongoing Jewish fundamentalism is alienating many young Jews.

As Laura J. Lewis, executive director of the Masorti Foundation has said, “If we want the next generation of American Jewish leaders to stay committed to the Zionist enterprise then we must do more to create an Israel that recognizes all Jews.” It is time wage a robust, well-funded campaign against Jewish fundamentalism and coercion, a campaign for a Jewish dignity and diversity that will resonate in the hearts of Israelis, and in so doing will re-engage American Jews with a homeland that loves the Judaism they call their home. Too much is at stake to let what’s been allowed to happen continue.

The Zionism I embrace is Theodor Herzl’s two-fold vision: We must secure international legitimacy for the right of the Jewish people to a state of our own, and we must tend to the maturation of that home. As I said, trembling, to MK Lavie, “you can’t expect us to remain silent just to maintain peace.” My work as a rabbi has taught me that silence in the face of abuse does not lead toward shalom bayit, peace and wholeness in the home. Silence allows a harmful cycle to continue and to intensify. For the sake of Zion, we dare not remain silent.

The time has come to heal the soul of our nation, our family, our home.

The author, a rabbi, is the spiritual leader of Congregation Netivot Shalom in Berkeley, CA. He serves on the board of American Jewish World Service, the Executive Council for the Rabbinical Assembly, and the Chancellor’s Rabbinic Cabinet at the Jewish Theological Seminary of America.
at June 02, 2014