The Revelation of an Embrace: A Vision of Conservative Judaism

The Revelation of an Embrace: A Vision of Conservative Judaism
(c) Rabbi Menachem Creditor
in honor and memory of my teacher, Rabbi Neil Gillman z"l 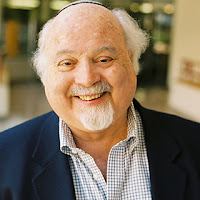 Originally published in Conservative Judaism (Vol. 61, Fall/Winter 2008-09)Distributed with the permission of the Rabbinical Assembly

In his 2005 USCJ Biennial Convention Keynote address, Rabbi Neil Gillman challenged the leaders of the Conservative Movement to “be open and honest, and try to project a religious vision, a theological vision.”

This was certainly not the first time such a plea had been issued. Many Conservative Jewish leaders have, in their various roles, called for lucid and communicable definition.

Some earlier advocates included Rabbi David Lieber who, in the Fall of 1978, wrote in this journal that “a clear and persuasive definition of Conservative Judaism is needed, not alone to distinguish it from Orthodoxy and Reform …but to project the ideal to which Conservativism aspires. (“Staking out the Conservative Position”, CJ XXXII:1). Rabbi David Gordis wrote in a following issue that “the time has come to risk articulating a more forthright position [despite] the risk of losing adherents. (“Communicating Conservative Judaism”, CJ XXXII:3)” Even Emet V’Emunah, our Movement’s 1988 Statement of Principles, was written with a similar goal. Yet 20 plus years later, as we struggle with a perceived directionlessness, Gillman’s cri de coeur carries even more urgency.

Part of Gillman’s legacy to the Conservative Movement is his insistence on uncovering the theological and ontological foundation of every person, idea, argument and claim that he encounters. What greater legacy could a theologian bequeath? And yet, it is a complex legacy, one that can be easily misread. Such was the case For Gillman after that same Biennial address in which he was widely understood to have rejected the claim that the Conservative Movement is halachic, but in fact, Gillman was merely revealing that the proverbial emperor had no clothes. It was a point he had made before in a public conversation with his frequent sparring partner Rabbi Joel Roth at a KOACH Kallah in 1999:

“I am more interested in issues such as why there is a Halakha in the first place, and why it has any authority over us. …I have become increasingly impatient with those who insist on talking about ‘the’ Halakha or ‘the’ halakhic process, as if these were monolithic, self‐evident and predetermined forms. … My view of Halakha …reflects my theological commitments as to how it came into being in the first place. (“For the Sake of Heaven” USCJ Review, Fall 1999)”

Gillman’s influence on several generations of Conservative Jews has seeded the ground for a renewed focus on the “why.” If God is to be found within the ‘four cubits’ of Conservative Jewish Halakha, we must pledge to make sure our understanding of God is part of the demarcation of parameters. This essay is an offering of admiration and gratitude to Rabbi Gillman for this gift he has given me and countless others through his teaching and example.

“…the Halakha flows like a river and one cannot ignore the direction of the flow. There may be a point where the river can choose where it will go. But once that decision is made there is no going back. … The centrists of 1973 could not but agree with [the] arguments that there was no reasonable way to argue that the halakhic sources could be used to support women’s inclusion in the minyan. Jewish law and practice developed so that it was indeed the law that women did not count in the minyan. However, they also believed that law can change. One cannot retroactively reroute a decision that was made upstream by the flow of the river. However, from where we stand the river continues on its journey. It has not emptied into a lake. While we cannot change what has already been determined upstream, we can direct the river from where we stand and influence where it will flow from us. (Women and the Minyan, CJLS OH 55:1.2002)

The religious vision of the Conservative Movement is much simpler than we who speak in its name typically let on, and the oft‐invoked search for movemental definition is more aptly defined as the desire on the part of Movement’s institutional leadership to intensify the experience and appeal of Conservative Judaism without alienating those who currently affiliate. Early (American) Conservative Jewish leaders were loathe to wear a denominational label that would publicly acknowledge their break with the Orthodoxy of their youth. We today are vigilant about not pushing anyone away, not only because it would threaten institutional infrastructure, but because it would also limit the width of our tent. As Rabbi Bradley Shavit Artson has put it, “If we can only be a Movement with those who think, talk, and practice precisely as we do, then what hope is there for embracing the entire Jewish people, let alone all humanity?” (USCJ Review, Fall/Winter 2006).

But is this truly our hope? Is the religious vision of Conservative Judaism to embrace the entire Jewish people? Or perhaps even all humanity?

The embrace of humanity and every “other” is surely a Conservative Jewish imperative, but not to be misconstrued as conferring Conservative Jewish identity. I embrace the “other” as a fellow being created in the Divine Image. But the “other” is other precisely because it is not me. And honoring those who observe differently, think differently, and talk differently, is neither more nor less holy than discovering how I am called to observe, think, and talk. This is not an attempt to read anyone out. It is, rather, a way of heightening the contrast between vivid (though sometimes indistinguishable) colors. As we read in the Gemara:

The Halakha instructs us that the Shema may only be read when we can tell each other apart. For only by recognizing what is unique about myself, what distinguishes me from my beloved friends, and my friends from one another, can we come together with integrity as individuals and also as a collective. Only when we recognize this uniqueness within our unity can we begin to encourage one another to comprehend the message of oneness that is in the Shema.

Internal self‐affirmation from within the Conservative Movement has rarely been successfully navigated (with notable exceptions, including the commitment of Rabbi Robert Gordis, whose crucial essay “The Struggle for Self‐Definition within Conservative Judaism” (CJ XXXIX:3) should be required reading for every thirsty Conservative Jew and would significantly help the emerging revitalization of Conservative Jewish life).

"Tradition and Change," once thought to be the unique trademark of the Conservative Movement, rings unremarkable in a virtual sea of contemporary creative Jewish tension. Who doesn't see themselves as connected to both past and future? Schechter's "Catholic Israel" calls out for explanation to even the most engaged Conservative Jew. Does it mean, as Mordecai Kaplan taught, that Judaism is whatever Jews say Judaism is? Does Robert Gordis' reformulation of Kaplan, restricting the authority for redefining Judaism to "the engaged", resonate? Might it be legitimate once more to look to Conservative Jews to dream collaboratively and articulate this yearned‐for authentic communal identity?

Somewhere in the liminal network between these various claims, where Rabbi Neil Gillman will be (for me) always sitting at his desk illuminating every sacred fragment, emerge the following thoughts, which I submit as a response to my teacher's call for an honest theological vision for the Conservative Movement.

The Revelation of an Embrace

Make one cherub at the end here and the other at the end there; of one piece with the cover shall you make the cherubs at its two ends. The cherubs shall have their wings spread out above, shielding the cover. They shall face each other, the faces of the cherubs being turned toward the cover. There I will meet with you above the cover, from between the two cherubs on top of the Ark of the Pact. (Ex. 25:1920,22)

Rabbi Katina said, "When the Israelites would ascend to the Temple on the Festival, the priest would roll up the curtain and display for them the cherubs joined together in an embrace. The priest would then tell them, ‘Behold God’s Love for you, similar to human love.’" (TB Yoma 54a)

At the core of Conservative Judaism is the belief that in every generation, the legitimate structuring element of organized religion—in this case, Halakha—is the product of collective covenantal negotiations that have taken place since the birth of the Torah itself.

Halakha is part of our language. Holiness is its partner. The Conservative Movement, in its relationship to Halakha, much like the cherubs, must be identified and identifiable with the very material that birthed it, stretching both toward each other and toward the world beyond, using our wings to both protect the core of our tradition and the nexus of emerging holiness. But like the revelation brought about by the priest rolling back the curtain, we are shown that change does not take place in Conservative Judaism just because it can. Change takes place because it is necessary and the embrace of change is an act of sacred love.
---
Rabbi Menachem Creditor
menachemcreditor.net