In a normal year, Rabbi Gerald Skolnik of the Forest Hills Jewish Center begins writing his Purim essay for the synagogue bulletin about a month before the March holiday. This year he's already turned his thoughts to it, a month earlier than usual.

Blame it on the recession. To save money, Rabbi Skolnik's Conservative congregation has converted the monthly bulletin into a bimonthly one, mostly online now instead of printed and mailed, which means early deadlines for the rabbi and other contributors.

A few blocks away, the calls to Rabbi Yehuda Oppenheimer at the Young Israel of Forest Hills for contributions from his discretionary fund are coming in more frequently, and more plaintively, than in past years.

Rabbi Oppenheimer blames it on the recession.

In the past, calls for help with tuition payments, food or other staples were sporadic. Now the calls to the Orthodox rabbi come in several times a week.

Ten minutes north, Rabbi Mayer Perelmuter of the Reform Temple of Forest Hills shows a visitor a change in the temple's February calendar of events. Instead of an annual game night and party, the congregation will sponsor a raffle.

The reason, the rabbi says, is the recession. A game night raises money for the temple every year, Rabbi Perelmuter says, but it also requires substantial expenditures in advance; the overhead on a raffle is negligible.

From his colleagues in the Reform movement, Rabbi Perelmuter hears "pretty much the same story" about the economy and its effect on synagogue budgets. "Fundraising is down, dues are down, resources are down."

Forest Hills, a middle-class neighborhood in the middle of Queens, is neither New York City's wealthiest nor its poorest Jewish area, but it typifies the stresses that face Jewish institutions during the worst economic downturn in the United States since the Depression seven decades ago.

Representatives of synagogues — the institutions that commonly become most Jews' closest tie to the Jewish community — say they have started to notice decreases and delays in dues payments and voluntary donations over the past few months, and have instituted a wide variety of cost-cutting measures.

"A shul is not the first thing on the [financial] agenda" of people facing lowered incomes, says Rabbi Pesach Lerner, executive vice president of the National Council of Young Israel. "Forget about donations," which depend on a member's largesse. "The dues are late in coming."

"I think every shul is challenged at times like this," Rabbi Skolnik says.

"Raising money during a recession is hard enough," the rabbi wrote on his Jewish Week blog. "Raising money in a synagogue when so many people are losing jobs, and have already lost large portions of their pensions and savings ... well, that's beyond hard."

A decrease in donations was evident during the Kol Nidre appeals on Yom Kippur, which bring in a large part of many congregations' income, synagogue representatives say. Money is coming in slower than in past years, but the full effect of the recession won't be evident until next fall, when synagogue membership is up for renewal and registration for religious schools begins.

At some synagogues, the signs of distress are visible. Congregation Kehilath Jeshurun on the Upper East Side, which had previously cancelled a major expansion project, has committed to a more modest renovation (it lost millions in the Bernard Madoff scandal), and Congregation Ahavath Torah in Englewood, N.J., in the midst of a two-year rebuilding, is scaling down plans for the new building's interior. "The [outer] structure is up. It's not something that can be called off," says Rabbi Shmuel Goldin. "It's going to be more difficult to collect [pledges for the construction]."

Some synagogues are moving forward with their building campaigns, while "others have hit the skids," said David Mersky, a senior lecturer on Jewish philanthropy at Brandeis University, told the Jewish Journal in Los Angeles.

At other sites, the signs are subtle.

A member walking into the Forest Hills Jewish Center "would not see the impact [of the budgetary belt-tightening] yet," Rabbi Skolnik says.

Like other congregations and congregational groups contacted by The Jewish Week, the synagogues in Forest Hills are not hemorrhaging funds; they did not suffer major losses in the stock market collapse or the Madoff scandal. And they are not showing visible signs of economic distress: they have not laid off staff members yet, and have so far maintained the usual upkeep of their physical facilities.

"This is only the beginning — there will be a lot of impact for the next year ... the next 18 months," says Rabbi Epstein.

Already, there is talk in synagogue circles of postponed raises, anticipated layoffs, reduced payments for employees' health plans, and cutbacks in business hours. There is also talk of mergers of youth groups and religious schools, introduction of a "weekday membership" for people who take part in a congregation's worship services only on weekdays and elimination of such "frills" as weekend scholars-in-residence. Some shuls are considering reductions in synagogue dues and religious school tuition, increases in volunteer activities done by members, and such mundane steps as the purchase of energy-efficient light bulbs.

"It's a crisis, but we Jews have coped with crises throughout our lives," says Rabbi Joseph Potasnik, executive vice president of the New York Board of Rabbis. "Shuls are looking at their budget and saying

'We have to cut.' Shuls usually don't have a lot of money at their disposal to begin with."
In the New York area, many congregations have set up formal and word-of-mouth job banks for members who have lost their jobs. Among them: The Reconstructionist West End Synagogue in Manhattan will host a Cover Letter Writing Workshop on Feb. 1, the Conservative Synagogue Adath Israel of Riverdale has launched a job bank, the Reform Woodlands Community Temple in Greenburgh brought in experts from Westchester Jewish Community Services to help out-of-work members and the Conservative Merrick Jewish Center on Long Island has established an emergency fund to help members pay for such necessities as food, fuel and medicine.

"One of the most important things a community can do is to remind individuals that they are not alone when facing difficulties," says Rabbi Barry Dov Katz of the Riverdale congregation.

Across the country, the Young Israel of Century City, in Los Angeles, sponsored a panel discussion on real estate and stocks, The Temple in Cleveland has begun to lower thermostat settings and eliminate coffee and bagels at meetings, and the members of Temple B'Nai Torah in Ormond Beach, Fla., offer car rides and food to those in need.

The USCJ, like other organizations that serve congregations and rabbis, has instituted several programs to help members deal with the economic crisis and reach out to unemployed or nervous congregants. It recently distributed a report entitled "Managing Membership Income and Hardships: Dues Do's and Don'ts."

The Reform movement's Central Conference of American Rabbis is sponsoring a series of seminars and workshops in early 2009, the Union for Reform Judaism offers relevant publications and guidelines on its Web site and such organizations as the National Council of Young Israel and Yeshiva University have sponsored seminars — in person and over the Internet — that offer advice on dealing with the economy.

Yeshiva University's Center for the Jewish Future and its Rabbinic Alumni Association are hosting a series of Web seminars on the subject. Participants in last week's "What the Rabbi Needs to Know About the Current Financial Crisis" Web broadcast, which included Rabbi Goldin from Englewood, clinical psychologists Dr. Sara Barris and Rabbi Jonathan Schwartz, and educator Dr. David Pelcovitz, encouraged rabbis to acknowledge from the pulpit congregants' possible loss of employment and status, and to be aware of possible "role reversal" when members may be out of work and rabbis are still employed.

Young Israel, during workshops and e-mail notices, is urging member synagogues to consider new ways of raising funds and bringing entrepreneurial models into their operations.

"Think business!" says Rabbi Lerner of the National Council. "We're trying to get our organizations to think business." Which means to consider innovative ways to cut expenses and raise money. Like sponsoring thrift shops. Or driver's education classes. Or housing medical clinics. Or holding annual dinners on-site instead of in expensive, rented halls. "Look for partnerships," Rabbi Lerner advises. "We're not supposed to be nonprofit. We're supposed to be not-for-profit."

A Young Israel event in Brooklyn last month on the economic crisis was co-sponsored by the Council of Jewish Organizations of Flatbush, the Metropolitan Council of Jewish Poverty, Agudath Israel of America and the Orthodox Union. A similar meeting will be held in Queens in the coming months, Rabbi Lerner says.

So far, says Rabbi Bini Maryles, director of the Orthodox Union's Department of Synagogue Services, the recession "has not impacted [congregations'] ability to serve their membership."
Worship services and classes are being held as usual.

"More people seem to be coming" to Shabbat services, says Rabbi Perelmuter. "At times of crisis, people look for community."

More are coming in for counseling too, Rabbi Skolnik says.

No synagogue would close its doors to a congregant who can't pay his or her bills, he says. "That's not the way shuls work."

Last week the Forest Hills Jewish Center held a Saturday night coffeehouse where members took the stage to demonstrate their vocal or other musical abilities. The event broke even financially, Rabbi Skolnik says. Its purpose was "community building," especially appreciated at a time when members feel nervous about their economic future.

Afterward, he says, many people approached him to offer thanks for the event.

Rabbi Skolnik's winter schedule mirrors one effect of the recession: in a few weeks he has to start working on his Passover essay for the synagogue bulletin.
__________
Rabbi Menachem Creditor
-- www.netivotshalom.org
-- www.shefanetwork.org
-- menachemcreditor.org 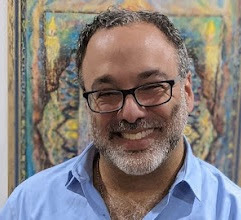