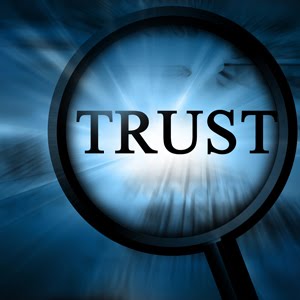 The story of Korach might not seem obvious for discussing relationships.  After all, Korach and his followers, after contesting the rights of Moses and Aaron to lead the Israelite people, were devoured when

"the ground under them burst asunder, and the earth opened its mouth and swallowed them up with their households. ...They went down alive into Sheol, with all that belonged to them; the earth closed over them and they vanished from the midst of the congregation. (Num. 16:31-33)"

Not what we pray for in healthy relationships, to say the least. And yet there is a message to be learned, perhaps in contrast to the Torah's narrative. What was Korach's crime? What was so awful that it merited this devastating a response? Korach, a cousin Moses and Aaron, rose up

"against Moses, together with two hundred and fifty Israelites, chieftains of the community, chosen in the assembly, men of repute. They combined against Moses and Aaron and said to them, 'You have gone too far! For all the community are holy, all of them, and the Lord is in their midst. Why then do you raise yourselves above the Lord's congregation?' (Num. 16:2-3)"


The accusation, while certainly rebellious, is compelling. Korach's assertions that "all the community are holy" and that God "is in their midst" don't seem wrong.  In fact, they are confirmed by other similar biblical phrases, such as "Let them make for Me a Sanctuary, that I may dwell in their midst. (Ex. 25:8)" and "Speak to the entire assembly of Israel and say to them: 'Be holy because I, Adonai your God, am Holy. (Lev. 19:2)" There is deep truth in Korach's words, a truth which resonates for the community. We should remember that he managed to rouse more than 250 Israelites against Moses, who has, time and time again, been the agent of God's Word and stood in the breach, protecting the people from God's Wrath.

Korach's charismatic ability led people against Moses. But what would have happened if Korach had channeled his righteous indignation and magnetic personality in the service of the People, offering Moses his help instead of trying to assert his own leadership? Korach could have become a revered teammate to Moses by offered his help, instead of questioning the authenticity of Moses' authority.

And this suggests a lesson for those in collaborative leadership roles. Korach wanted a job Moses didn't even want for himself, one which Moses' reluctance made him supremely qualified to perform and for which Korach's over-willingness made him especially unsuited.  Think of what these two strong personalities, these two different people, could have achieved had they been in partnership for the sake of the people! Think about what beauty could have unfolded had Korach decided to trust Moses and participate in fulfilling the mission instead of undermining both.

Korach and his followers experienced a descent when the earth swallow them.  But somehow, according to biblical tradition (see Num. 26:9), Korach's children don't die.  Their descendants are later, in fact, credited with several chapters of Psalms, all of which reflect musically upon the enduring possibilities and values of life (see Ps. 49, for instance).  As Rabbi Perry Netter has written, "Korach is the symbol of rebellion and conflict and despair; his sons are a symbol of hope."

While every relationship comprised of people with strong personalities has its share of struggle, the possibilities embodied in trusting collaboration are hopeful beyond words.
at June 18, 2012