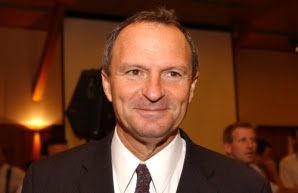 Jewish Agency chairman says non-acceptance of other streams limits the potential of aliya.

Jewish Agency for Israel Chairman Ze'ev Bielski has called on the State of Israel to embrace Reform and Conservative streams of Judaism and acknowledged that non-acceptance of these movements, which are followed by the majority of Jews in North America, was one of the biggest barriers to immigration from the West. "The time has come for the government and the rabbinate to show the millions of people from the Reform and Conservative movements that they are a part of us," Bielski told The Jerusalem Post in an exclusive interview this week. "I don't think that anyone can take the responsibility for losing out on so many people who might want to come on aliya and be integrated into Israeli society."
"Israel is open for everybody," he continued. "And we have to do what we can, not only to increase aliya but also for the unity of the Jewish people. There are, after all, so few Jews in the world. We should not all be fighting each other and we should look for common ground." While the Law of Return grants automaticcitizenship to anyone who has close relatives (father, spouse, grandparent) who are Jewish, many people who have converted to Judaism via the Reform or Conservativemovements or are ideologically committed to those streams encounter insurmountable barriers practicing or celebrating certain lifecycle events, such as marriage, in Israel. "This situation is very hard," Bielski told the Post, referring specifically to the issue of conversion. He said that in recent months, the Jewish Agency's Committee of Unity of the Jewish People had undertaken to work with Sephardic Chief Rabbi Shlomo Amar to try and change the situation.
"We understand him [Amar] and we know how hard it is for him," acknowledged Bielski, adding that among the proposals made was the addition of 40 more lenient Orthodox rabbis to the Conversion Authority. However, last month, Amar told the Post that he not only rejected Jewish Agency claims that overly stringent conversion court judges were scaring away potential converts but that he was also looking to appoint more stringent judges to the conversion panel. "[The situation] is really sometimes unfair and not justified," commented Bielski. "It is not even Jewish and does not lead us anywhere. You can make people so miserable, and it is not necessary, right or the Jewish way to do things." Bielski said that not only do the barriers hurt the potential flow of new immigrants into Israel but it also affects the some 275,000 immigrants from the Former Soviet Union, who came to Israel under the Law of Return but who are not Jews according to Orthodox criteria. He also said that the Jewish Agency was well suited to forward this agenda because the World Zionist Organization, whose members' form 50 percent of all Jewish Agency committees, had a majority ofConservative and Reform Jews.
"The advantage of the Jewish Agency is that around our table we have the Reform, the Conservative and the Orthodox movements," said Bielski, adding, "This is the only table on Earth that the three are sitting together in such a forum." Bielski said he was an optimist and that despite Amar's position believed that the changes - both practical and in attitude - would eventually come. "Today, [the situation] is very hard," he finished. "While we are not making these changes, we are damaging aliya, hurting people already living here and forcing innocent people who want to be one of us through a process that I have not found any evidence for in Judaism."
Amir Mizroch, Haviv Rettig and Matthew Wagner contributed to this report.
---
Rabbi Menachem Creditor
-- www.netivotshalom.org
-- www.shefanetwork.org
-- menachemcreditor.org