[cross-post from the Wexner Heritage Foundation monthly newsletter, shared with permission of the author]

A couple of months ago I was helping my 11-year old son Josh prepare for a social studies test on the 13 original colonies.  "Why did the people come here from Europe I asked"…on cue he responded, "They came to America seeking religious freedom."  It is one of those freedoms that we as Americans have been blessed to view as a birthright.  Sure, we have observed the lack of such freedom elsewhere and we have joined protests and advocated for others to enjoy this most basic right.  Still, never in my own life did I expect to need to personally struggle for religious freedom… that is, until I visited Israel last month.  I learned that I do not have full religious freedom there, and neither do many among our Israeli brothers and sisters.

I met a young woman in Israel named Nofrat Frankel on a visit last month with members of the Masorti Foundation Board.  Nofrat is a humble woman who has unintentionally become somewhat of a cause célèbre.  She is a member of "Women of the Wall" who meet each month on Rosh Hodesh for shacharit to pray together.  Consisting predominantly of Modern Orthodox women, but also including some from Masorti (Conservative) and Reform communities, the group has been praying together for some 20 years.   Nofrat is a soft-spoken medical school student from Be'ersheva who was arrested in November at the Kotel for "public incitement."  Her felonious act?   Daring to wear a tallit and carry a Torah scroll on the Women's side of the Kotel plaza.

In addition to meeting Nofrat on this recent trip, we visited 13 Masorti communities led by passionate, intense young Israelis seeking to make a difference in their country and for their people.  "I feel like a Palmachnik" said dynamo Raba Chaya Baker from the Ramot Zion kehilla in Jerusalem.  A sabra (and frequent visitor to Metrowest), Chaya's passion for creating open pathways for young Israelis seeking access to their religion is changing lives. Through outreach programs Moadon Miki (Club Miki) and Moadon Mini Miki, open to the broad community of French Hill, not just the members of her shul, Chaya is touching the lives of regular Israelis with young kids.  These chilonim, or secular Israelis, which is how half of all Israelis would define themselves, have grown up with the premise that being a citizen of Israel is all you need for Jewish identity.  And then these kids have kids of their own and begin to wonder, "How do I pass on a little taste of my religion along with the national pride."  Chaya and the Masorti Movement are helping to open the door for them.

"We want to be players in the development of this generation of Israelis searching for their identity as Jews" said Rabbi Yoav Ende who is leading the revival of Kibbutz Hannaton in the Galilee.  Young, spiritual and seeking a life of meaning by helping others search for a way to live in the modern world and at the same time in a traditional Jewish community.  Like Chaya, Yoav is a sabra and his enthusiasm for the community he is helping to build is contagious.  He has attracted a group of fellow Israelis and olim who believe they can help to enhance Israel's society, and they are doing so by offering this kibbutz as an updated version of the 1950's and 60's "collective."  The centerpiece at Kibbutz Hannaton is an Educational Center.  Groups from all over the world are starting to come to Hannaton to experience the vision expressed by Yoav and his fellow kibbutz-niks.  No doubt he is and will continue to achieve his goal of playing a key role in the development of this generation of Israelis.

However, these communities face a rather daunting obstacle in the form of their government.  There is a national religion in the Jewish State of Israel, and I am sorry to report that very few of us fit comfortably under its umbrella.  There is a "haredi (ultro-Orthodox) monopoly on religious certification and ritual" described Rabbi Menachem Creditor of Berkeley, California on his blog following the trip.  He continued, "We met a winery owner, a deeply spiritual Israeli Jewish man, who in order to receive rabbinic kashrut certification, may not even touch his own grapes, machinery, and casks since (although neither he nor his Jewish workers work on Shabbat) they are not Shomer Shabbat.  This additional requirement is completely political, in order to employ untold numbers of haredim at the expense of both Jewish and human dignity for many, not to mention alienation from Jewish tradition."

For me though the ultimate expression of the frustration Israelis experience regarding this issue came in our meetings with political leaders including Opposition Leader Tzippi Livni and Deputy Prime Minister Dan Meridor.

The Jerusalem Post in English and Ynet in Hebrew quoted some of my questions posed publicly to Mr. Meridor; "We are Zionists, and longtime supporters of the governments of Israel and of Israel's policies. But things have gone too far. It cannot be that our rabbis are not recognized here, that our conversions are not respected here, that the non-Orthodox streams in Israel and especially the Masorti movement, receives degrading and discriminatory treatment.

"If in any country in the world, a Jewish woman was arrested because she tried to carry out the commandments, we would all – all over the United States – protest outside of the embassy. We would not give them a moment's rest.

"And now here, in the State of Israel, at one of the holiest sites in Israel, at the Western Wall, which is such an important symbol for us all, a Jewish woman was arrested by a Jewish police officer in the Jewish state, just because she tried to carry out the commandment of wrapping herself in a tallit."

So what can we do?  To start let me say, we can all continue to encourage the incredible leadership and passion demonstrated by the young Israeli rabbis and leaders of all streams offering their communities access to modernity and tradition.  They are truly making a difference and our visits, our emails, connecting our children with their children all are crucial links.

And we can do more.  We can increase the dialogue with our leaders of Federation, and other groups to push their Israeli government contacts to begin to level the playing field.  Currently more than $450 million per year in government funding is spent on Jewish religious institutions and programs.  Of that, almost none goes to any Masorti / Conservative or Reform communities.

And we can do more.  Weddings performed by Masorti and Conservative rabbis should be legally registered in Israel so that couples alienated by the Chief Rabbinate are not forced to flee the country for a civil ceremony elsewhere.

And we can do more.  Currently the government of Israel funds the salaries of more than 3000 rabbis.  Not one is Masorti or Reform.

And we can do more.  The average cost of supporting one Masorti or Reform rabbi in an Israeli community is estimated at approximately $70,000.  We can help by finding support for these incredible leaders.

In a recent survey of non-Orthodox American 20-somethings as many as 50% reflected alienation from the Jewish State.  They responded negatively to the question; "If Israel was destroyed would you regard this event as a personal tragedy."  Israel's persona in the minds of many of our youth as a land solely for the ultra-Orthodox has created distancing from our heritage.  Nevertheless, in Israel it has become a motivating force for building strong vibrant Masorti and Reform communities throughout the country.  Religious freedom is our gift.  Let's make sure we pass this on to our kids here and in Israel. 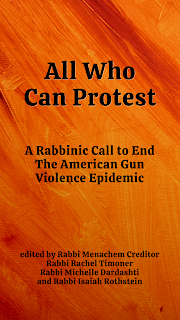