A Response to "Re-engineered United Synagogue has made great strides" 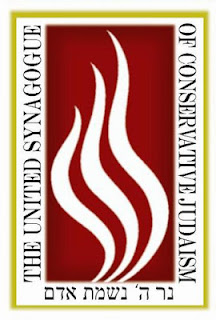 Rabbi Steven Wernick's OpEd "Re-engineered United Synagogue has made great strides" (Jan 15) expresses dismay that, despite the USCJ strategic plan adopted three years ago in response to a threatened large-scale revolt of Conservative synagogues, there remains a "narrative of decline" among some in the media and some "critics." But sometimes narratives are true. Wernick correctly points to the considerable re-engineering USCJ has accomplished since the beginning of his tenure. But that's a big part of the problem. Engineering is the design, building, and use of engines, machines, and structures. Engineers are not about purpose - they are experts on efficiency. Just as the most efficient method of animal sacrifice would not resonate with Rabbi Solomon Schechter, the founder of the United Synagogue of America (today the USCJ), so too the centralized institutional model of USCJ does not speak to today's mobile/hyper-local communities that have evolved within Schechter's Movement. Conservative Judaism will continue to thrive and evolve. But that will be more possible when its members and leaders remember that the message of Conservative Judaism is not the same as institutional continuity.