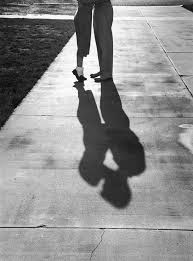 A kiss is not just a kiss, no matter what Herman Humphrey's 1931 famous song "As Time Goes By" suggests.

The touch of someone's lips on your own is incomparable. It is different in kind, not just intensity, from any other kind of physical contact. Chin and hair unpredictably brushing against each other. And the eyes of the other, their very soul, pouring into yours. But that is only part of why "First Kiss" a short video by filmmaker Tatia Pilieva uploaded to YouTube this past Tuesday, is so powerful.

Some of the millions who have watched "First Kiss" shared their confusion after watching the clip, wondering what made it so special. Some viewers could only deride the encounters, based on who the partners were. But some (including me) were brought to tears by the purity of each touch.

We are more than our bodies, more than the chemistry ignited by physical contact. The human need to not be alone is even evident in the beautiful awkwardness captured by Pilieva's couples, strangers she placed in front of a camera, with one simple direction: "Kiss." The beauty of these kisses between strangers is in their hunger for union, for their bodies loving each other, for the intention of the moment, for the bravery of looking another person in the eyes and opening yourself to them.

Yes, some kisses were ravishing. Some were tentative. Some were electric. Some weren't quite smooth. But if the cameras had been off, the very human urge to connect would have still been present. Palpable, even.

It is hard, the French Jewish philosopher Emmanuel Levinas taught, to look directly into someone's eyes, because all of eternity is exposed and offered right there. Tatia Pilieva blessed us when she captured artful glimpses of human beings experiencing fleeting encounters with eternity.